The debate on Romance has been on going for centuries now, and it seems the battle may not end any time soon. The jury, perhaps, have still not found any of the opponents (men and women) argument convincing enough to pronounce judgement in anyone’s favor. More recently, however, the arguments have taken a different shape altogether. The subject matter is now being based more on race, rather than the initial gender. A common example is the case of the modern day African woman perceiving Caucasian men as more romantic than black men. This has prompted my desire to want to address the issue.

Romance, they say is a feeling of excitement and mystery associated with love. Now love, is a universal concept or truth which every single homo-sapien, gay or straight believes in, hence, African men inclusive. However, from the above definition of romance, the major concern here is, do African men attach or show that feeling of “excitement and mystery” to the love that they already believe in? Well, I guess we can find out together.

Mostly, when we talk of men and romance, we invariably talk of the sort of romance women expects from their men.  So what is this feeling of excitement and mystery women expect of their men? Most often, this romance is defined in the context of traditional European women’s term, I call it the fairytale romance – sending flowers and cards, romantic get-away, watching doses of romantic movies, three square meals of calls each day, frequently sending gifts and listening to romantic songs all day or you might even want to be their trey songz or usher and sing for them. This fairytale romance has also been propagated by over centuries’ crusade by romance novels, call it the romanticism crusade. But the question is, has the African man succumb to the might of this holy crusade?

African men, most often than not do not subscribe to this fairytale romance and hence being generally labeled unromantic. And let me not forget to mention that I am one of this apparently unromantic homo-sapiens with Y-chromosome.

Here’s a poorly kept secret: Men, and for that matter African men also have traces of Venus in them. That is what I have learnt after some few year of loving. Though African men look too manly physically, beneath the stubble, boisterous and the Sports addiction, most African men are as confused, vulnerable and romantic as women when it comes to falling in love.

African men, by virtue of tradition tend not to have that fairytale flare towards their women due to the nature and manner in which they where raised. They mostly grow up seeing their mothers being controlled by their fathers and also treated with much importance in the area of education more than the women. So the ‘Man-of-house’ mantra or should I say dogma is something the African man is grappling with in the 21st century when the African woman has become aware and needs romance in her love life. This situation has led to the African man being mostly portrayed as violent, thug, controlling, possessive and always coming through with that baby-mama drama in a relationship.

But regardless of the above, who said the African man is  unromantic? I think the African woman ought to look deeper. The African man is very romantic contrary to views that White men are much romantic than them. Women seem to view romance as a state of being, while men tend to look at it more as a sequence of specific actions. Women share their emotions with greater ease. And a BIG difference is that women get much more excited about planning, say their wedding (even before they have a particular bridegroom in mind). Women consider what you buy or do for them as the measure of the love you have for them. But the African man is mostly a realist. He views those actions as artificial. The African man, instead of buying gifts for his woman, concentrates on the longer term picture of building a home for her and the children, provide long term protection and love for her. What is more romantic than this considering the fact that divorce rate is significantly high among white families who supposedly have romantic husbands? African men or black men also have the most sexiest and romantic 3D physical appearance on earth. And this is evidence in the fact that most white women would pay to date them. Black, they say is beautiful and if the women agree to this, then there is not much to say for them to concur that the African has the most romantic color on earth. Forget the novellas; African men could kill if their women are played with. This shows the level of love the African man has compared to what our ladies see in the movies. The African man would also be willing to buy or do everything for his woman but he only believes she should earn it instead of asking for it.

Finally, i think the African women should be more realistic when it comes to the issue of romance instead of thinking the whites acts romantic in their daily lives as seen in the tele-novellas and movies. They should also focus on building that romance they want in their relationships rather than expecting to get it from their men. Romance is built, not earned. A long lasting, peaceful and understanding relationship is the most romantic in my view as an African. Let us collaborate and build one. Peace.

its about poetry, its about spoken word, its about script writing and its all about creative writings. just follow this blog. 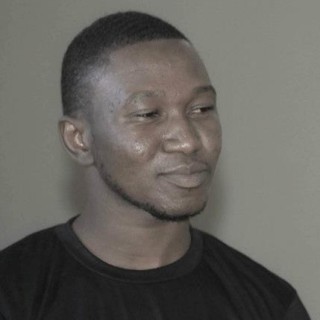 I breathe inspirations around me, the muses tickles me, my art beats, I share the end product (creativity) with you here.......